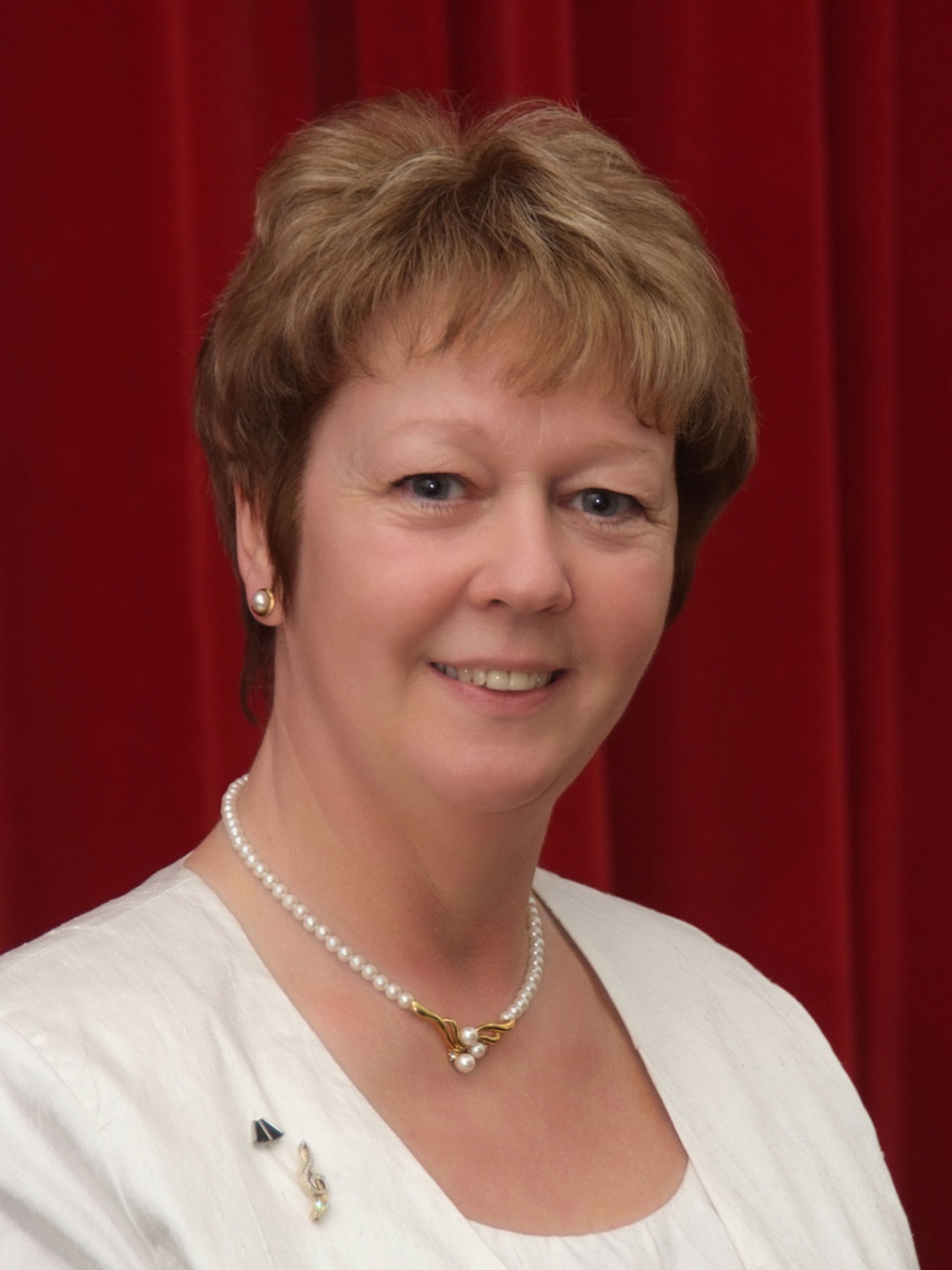 The Choir's Musical Director is Elaine Tangye. She joined Nankersey Male Choir as accompanist in 1990 and in 1998 became their Musical Director. She was accompanist for St Stythians Male Voice Choir and associated with the Stithians Ladies Choir for 34 years as a chorister, accompanist and from 1995 – 2013 their Musical Director. In 2003 Elaine led the Kernow Male Choir for a tour to Australia performing in the Sydney Opera House. She was also MD of the Trelawny Male Choir which toured Singapore and New Zealand in 2007 and Eastern Canada in September 2015. She is also Musical Director of The Tresillian Singers. She is an accomplished musician playing percussion, clarinet & piano, and is a talented singer. In 2005 Elaine was made a Cornish Bard for her services to music in Cornwall and also received the ‘Services to Music in Cornwall’ award for that year.