Awards to celebrate service and support for our Choir

Our Music Director, Elaine being recognised for 30 years with Nankersey Male Choir 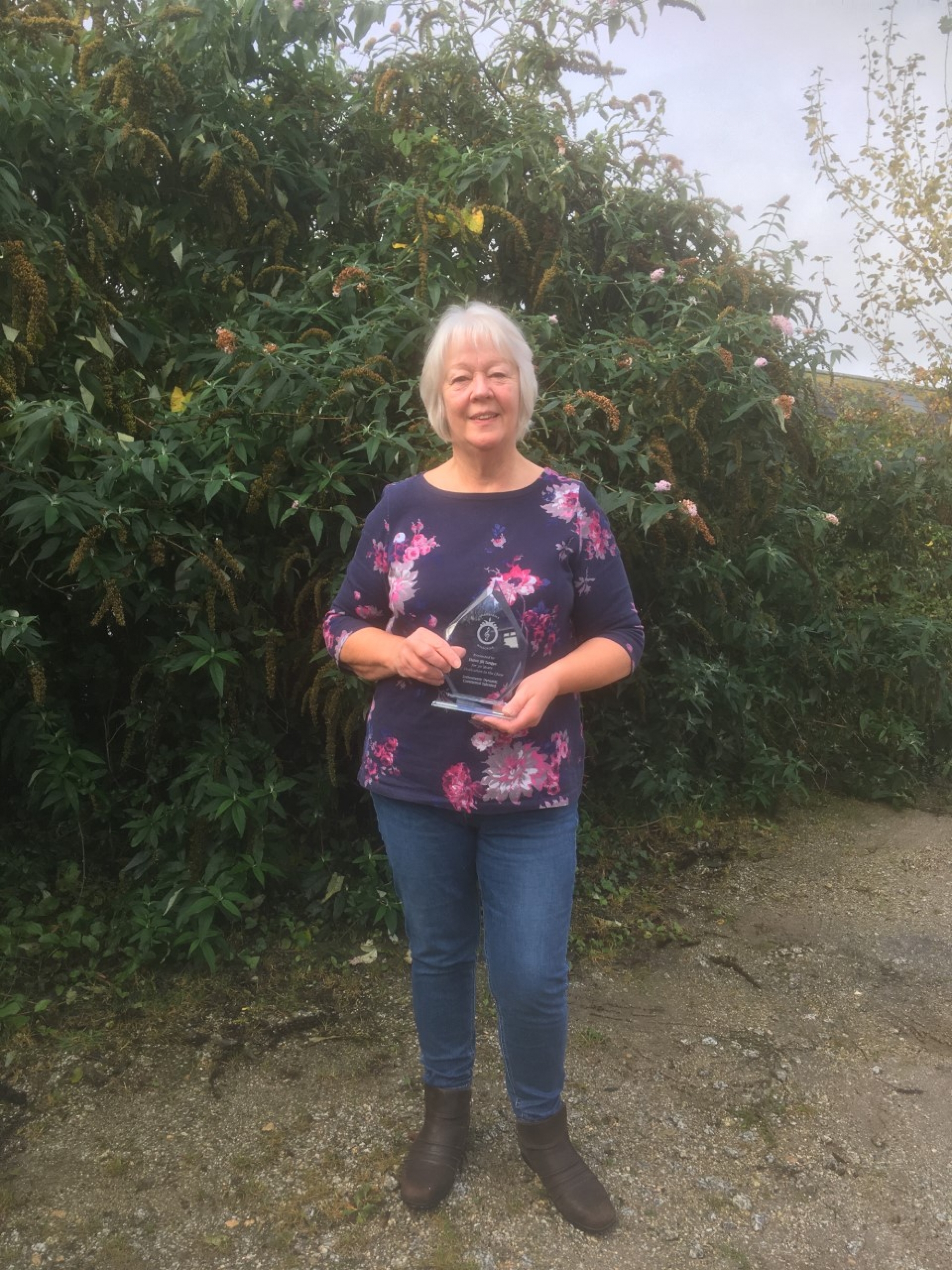 Elaine has now been associated with Nankersey Male Choir for 30 YEARS !

Here is a brief resume of Elaine’s time with the Choir for those of us who have not served so long......

Joined Nankersey in November 1990 as Accompanist, a position she held for 8 years.

In September 1998 Elaine was appointed the Choir’s Musical Director and her first concert was on Sunday September 20th at The Mills Hall, Carharrack. Elaine later that year led the Choir who took part in a short film called “WIND”, which won many awards. The film starred Benjamin Luxon and the Choir was invited to take part by Bill Scott, Artistic Director of the Miracle Theatre Touring Company.

The year 2005 proved to be very eventful for Elaine as she was elected president of the Choir and was also made a Bard for services to music in Cornwall. She was also presented with the “Services to Music in Cornwall” award for that year.

Another special year for Elaine was 2013 when she conducted Nankersey along with other Male Choirs as members of the Cornwall Federation of Male Voice Choirs – this on top of  conducting Kernow Choir/Trelawny Male Choir on both the Esplanade in Singapore and at Sydney Opera House.